Julia was born in the University city of Cambridge, and has spent most of her life living in Cambridgeshire - atmospheric and the perfect inspiration for ghost stories.
She devoured horror stories as a teenager, including James Herbert and Stephen King in her list of favourite authors, moving on to Clive Barker and Peter Straub. As a child she would watch anything on the television that even vaguely looked as if it may be scary... so perhaps it is only natural that this is the area her writing tends to wander into - even if she don't always intend it to!
She has taught creative writing classes for the last ten years, whilst writing screenplays, tackling a novel and experimenting with short stories.
A true Scorpio, her tastes definitely err towards the dark side – her favourite painting is Salvator Rosa’s L’Umana Fragilità and her music collection includes Holst, Orff, 30 Seconds to Mars and Linkin Park.

She has just acquired her first tattoo – a bleeding Capricorn symbol ... and is struggling to resist the temptation to get another.

When she's not writing she enjoys disappearing into the British countryside – favourite haunts being Avebury, Borley and London. The wonderfully quirky (and itself haunted) Chillingham Castle in Northumberland was a recent surprise discovery. 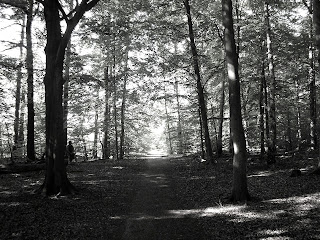